Get your copy here! 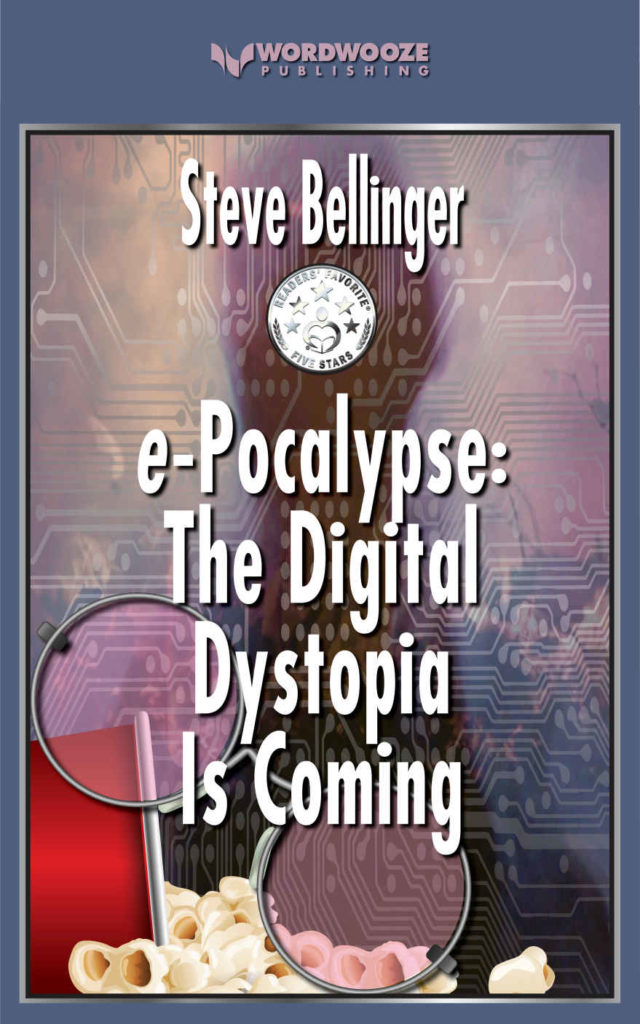 “Steve Bellinger’s e-Pocalypse: The Digital Dystopia Is Coming carries you into a not too distant future, where the human race is pushed close to an abyss from which there would be no return. The warning signs are subtle at first, and it will take time for recently retired Tech Support Supervisor Matthew Williams and his girlfriend Divya Agarwal to learn the true extent of this threat. As they delve deeper into the technological marvels revolutionizing the lives of virtually everyone on the planet, they are set on a course that leads directly back to the place they both worked at; Roydon Technologies. A course that sets them against a power shocking in its reach and utterly ruthless in its execution. Will Matty and Divvie survive this quest or will they fail, dooming humanity to a life of programmed subservience? Only the thrilling climax will reveal that answer.”

I found e-Pocalypse by Steve Bellinger to be a very good read, well laid out and written in a very clear and thoughtful manner. The story built the level of intrigue and tension nicely, increasing its hold over the reader by fully immersing them in a future world. The technology introduced was believable and shocking, disturbingly charged with both wonder and terror. I also enjoyed the characters, particularly Matty, Divvie and Howard, whom I found to have true depth and very realistic individuality. Their relationships were genuine and it was impossible to progress through the story without becoming engaged with them and having a strong empathy for their future. I would recommend this book to anyone.”

Purchase your Paperback, eBook or Audiobook copy at one of the online retailers below or ask for it at your favorite bookstore.