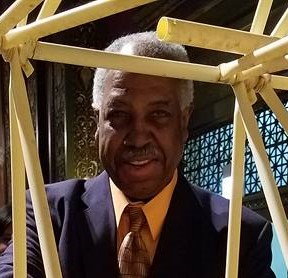 Steve Bellinger was born and raised on the West Side of Chicago by a single mom who worked nights for a printing company. She would bring home books and magazines to encourage him to read. This is how he discovered Isaac Asimov, Robert Heinlein, Arthur C. Clarke and the other masters of classic science fiction. It didn’t take long for him to get the itch to write. Over the years he’s written everything from newspaper articles, comic strips and radio drama to short stories and fan fiction.

One of the original Trekkies, he and his wife Donna plan to renew their wedding vows with a full Star Trek-themed ceremony; he’ll wear an admiral’s dress uniform, and she will be decked out in a custom-made leather-and-lace Klingon wedding dress.

His first novel, The Chronocar was published in 2015 when he was 65 years young. It won Best Indie Book Award in the Science Fiction category in 2018. In 2019 it won an Outstanding Fiction Award from the Independent Authors Network, and the Gold Medal Award for Young Adult Science Fiction from Readers Favorite. His second novel, Edge of Perception was released in August 2019 followed by e-Pocalypse in April 2020 and the final book in the series Time Waits For No One in August 2020. All are available in paperback, ebook and audiobook and published by Wordwooze Publishing.